Her parents were heroes of the realm, and when Sabina de Nespa found herself in a position to thwart grave evil, she had never been more determined to do what is right, or more terrified.

Soul of Asimina is the third book in the Land of Kaldalangra series, written by Kristi Strong.


Sabina de Nespa was content living in the shadow of her heroic parents, traveling the realm and aiding the less fortunate. As the child of royalty, she kept her intentions pure and her heart guarded, always aware that the crown may one day rest upon her brow.

When two strangers fall into her world, life as she knows it spirals out of control, and shakes her to the core. One brings with him an enemy that destroyed entire cultures in his old world, and the second is filled with hidden intentions and dangerous secrets.

It has been two years since the reign of the tyrannical King Verikhan has ended, and the realm of Kaldalangra flourishes.
When a decade old evil threatens to destroy the peace of Kaldalangra, it is up to Sabina to take the step into her parents’ footsteps, or let everything for which they worked crumble into dust.

Rhea Aralia lived an uneventful life in Virginia, until the fateful night of her kidnapping. Taken to a strange realm of destruction, despair, and mysterious people with dark secrets, the young woman must learn a new way of life to survive.

With the help of her new companions, Rhea discovers the courage to defy the tyrant King Verikhan and his heir, the cleverness to deceive the court, and the power within herself to transform this world of darkness into one of beauty and hope.

Will Rhea triumph over those who seek her destruction, or will she be forever lost in the darkness known as Kaldalangra?

Nyssa has taken her place as Queen of the realm, with her secret love, Sebast, now openly at her side. She rules with a fair hand, striving for justice and prosperity for all of her people.

Rowan and Rhea travel the realm, spreading peace and healing wherever they go. In Kylassame, they have formed a strong bond with friends and spread deep roots in the community.

The people of Kaldalangra are joyful, and life in their

world is better than ever before.

But a string of tragedies has the ability to bring Rhea to her knees, and with her, the entire realm. While Rowan struggles to recover the village of Kylassame from a devastating crime, Rhea’s faith in her own strength weakens, with dire consequences.


Re-enter the world of Kaldalangra, and join the adventure as Rhea and Rowan endeavor to continue upon their chosen destiny. 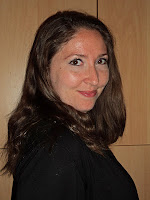 Fixing broken computers, wrangling a very spirited little toddler, and creating a world with a tyrant king, are all parts of the average day for Kristi Strong. While she has called Virginia her home for two decades, her head has rested in two countries, three states, and under far too many roofs to count. She was more than happy to give up her nomadic lifestyle and settle down with her husband, daughter, and their small zoo (consisting of a dog, cat, and chinchilla).                                                                                               Attending James Madison University gave Kristi the rare opportunity to work as part of an archaeological team on a variety of dig sites in Virginia. She now uses her extensive studies in human cultures (aka, Anthropology degree), to create her own world in her fantasy novels, beginning with her debut novel, The Lady of Steinbrekka, continuing with her second novel, Heart of Kylassame, as well as her upcoming novel Soul of Asimina.
Posted by Elizabeth Sharp at 6:00 AM 1 comment:

Psycho Inside Me Cover Reveal

Bonnie R. Paulson's Psycho Inside Me releases November 30, 2013. This YA thriller romance is fast, fun, and more than a little dangerous. See why...


Psycho Inside Me
I killed my first victim at thirteen years old – my age, not his. He was going to rape me, him and a couple of his friends. And so, I killed him. And then… I killed again. And again.
At seventeen, I’m killing four to six times a year – maybe more. Don’t stress out. I only go after the pedophiles and rapists. There are more out there than I could cover in a lifetime.
Saying I did this on my own would be selfish. Enforcing justice holds a glory all its own.  But now, my lifelong friend and backup, Deegan, has been arrested. I have to decide if I want to give myself up and take his place or leave him with all the damning evidence. I don’t want to stop killing. But if I let him take the fall, I can’t kill anymore. And I need to keep doing that.
But the worst part of it all? I love him.


My cover was created by the ultra talented Redbird Designs. She's amazing...

Bonnie R. Paulson likes it dark and twisty. For more on her Science flavored with Romaction, sign up for her newsletter.