You have the right to remain dreamy

I am proud to be teaming up with Tiffany White today, to share ten hot television criminals. But if that isn't enough to make you drool, we're also teaming up with Liz Schulte and Cait Lavender for ten hot t.v. cops. Whether you like criminals or the men who are always chasing after them, there is sure to be plenty of eye candy on all of our lists.

The hardest part about making this list for me was trying to pick which five criminals I wanted to pay homage to. So many hotties, so little time. But in the end, I think I came up with a list of law breakers that any girl would swoon over. 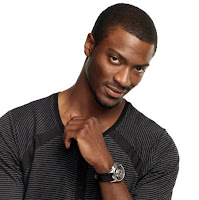 I've always had a weak spot for geeks, and they don't get any better than Hardison. From his witty banter to his super hacker skills, he keeps my attention glued to the screen. While I freely admit my opinion might be influenced by the fact that I met him and thought he was a nice guy, I chose him for purely superficial reasons, I promise. 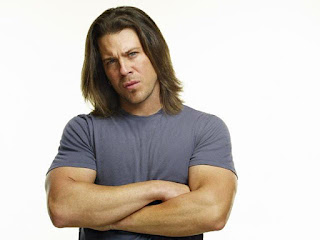 Between his sweet moves and his solid muscles, this criminal was the first to come to mind for me. There's something about the tough set to his jaw and those gorgeous blue eyes that takes my breath away. Maybe Leverage should be on more than once a week...
Syalr (Zachary Quintis) - Hereos 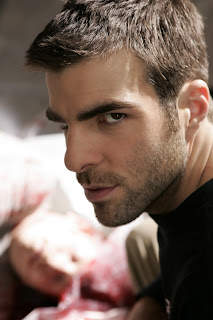 I think the picture says it all, but I'll elaborate anyway. The intense dark eyes really make this criminal a spine tingler, but in the best way possible. Sylar is a predator and he's ok with that. And though the series fizzled near the end, I watched it most of the way just to spot this yummy bad guy.
Zane Donovan (Niall Matter) - Eureka 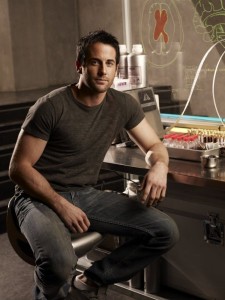 Another hot geek on my list. From the moment he appeared in Eureka, Zane isn't afraid to break the rules. His devil may care attitude and general disheveled appearance somehow make him a little bit dreamier.
Spike (James Marster) - Buffy 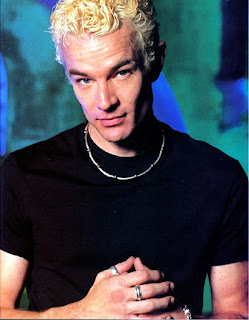 Spike showed up in Sunnydale as a blood thirsty vampire who enjoys terrorizing the fast food he found there. In the end he mellowed out some, but I think it was more the anti-violence ship than any true softening. At least that's what I tell myself. Maybe I just dig the 80's punk Billy Idol look, but despite the fact that he's old enough to be my father, I can't stop looking when he's on screen.
So that's my list, but don't stop now, there's so much more hotness to share. Make sure you peek to see who made Tiffany, Liz and Cait's lists.
Posted by Elizabeth Sharp at 1:09 AM