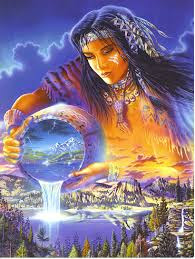 I see dead people! They're all around me! Repeatedly! Ok, so their in coffins six feet under a granite headstone, but hey, they're still dead.

Spent a good chunk of time yesterday checking to see if what I have planned for the final climax is actually possible. And it is. As long as you're not thirty-two, a hundred pounds overweight, out of shape and have asthma. I gave it the ole college try anyway and ran much further than i would have suspected was possible. How I managed to get through it without paramedics or at the very least an inhaler is beyond me.

I think the staff at the Luthy Botanical Gardens thinks I'm insane. I was running around, falling over stuff and trying to find the best place to bury someone. I think "Amelia" wanted to pretend she didn't know me.

After the woods and the garden came the dead people, the ones at Springdale Cemetary. I had very little trouble finding the spot I"d come out of the woods and got my pictures without a problem. But let me tell you, it's not as easy to get back out of a graveyard as vampire movies make it look. I told "Lia" we were just taking the scenic route. Repeatedly. After about three times past the same moseleum, "Amelia" had resorted to tears and "I wanna be done!" but I was made of hardier stuff and forged ahead down the wrong path three or four more times. After about twenty minutes and two or three eleven-point turns, we made it out. Alive even. Now I have some good zingers for Xander (though I don't remember them all) and some great stories to tell when I'm famous and making the rounds of all the talk shows.

In other news, I'm having difficulty getting into the head of a psycho murder. Who knew? I have an image of Nancy from the craft meets Carol Brady and Mrs. Bates, but I'm worried about getting into her head. I haven't really even introduced her yet, except in passing, but she will come into the picture soon.

Today's goal is 1500 words, and since my husband won't be home until late, I will probably make it well past that. I'd really like to have the first draft done before summer, especially since I have decided for certain it will be a trilogy and am already planning Book Two, Second Nature. Trying not to focus on it too much but ideas keep coming to me that I don't have time to deal with in this book, so they'll go in the second.

I also had another idea for a book which I will record and put on the back burner. It will be a non fiction titled Makeup Guru: What I learned from YouTube. I hope to collaborate with some of my favorite gurus and recreate some of their great looks as well as share some of my own. But that's not going to be until Forces of Nature is done.

Finally I wanted to share pictures but no details, so I'm not giving any spoilers. Just know this is where the climax of the novel takes place... Though the first one has little to do with the story, except showing the hill my out-of-shape self did not actually climb. It's a very pretty picture and I wanted to include it.

I think I'm a bad crit partner. I get so caught up in the story I forget I'm supposed to be critiquing. Or does or does it just mean my partner doesn't really need me and her story is awesome?
Posted by Elizabeth Sharp at 4:36 PM