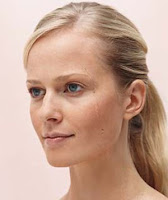 Since I'm currently in a rest period from writing i thought I'd share a short bit that has been rattling around in my head for a long time. At first I didn't know what it was and wrote it blind. Only since I wrote this did I realize what story I was telling.... The title came with the tidbit, for the record. This is my heroine (I added the scar).

I love a fast car. The speed, the exhilaration feeling all that power lurch to your command as you stomp down on the accelerator. I needed it after the night that I’d had, needed to escape. The white lines led into the distance, lined up like tiny soldiers for as far as my eye could see. The yellow line at the shoulder was my constant companion, urging me forward. They never judged me. They didn’t care if I’d put on my makeup, or done my hair just right. They were my friends, my companions, never judging, only accepting.

It had been several hours since I fled from my apartment in tears and now I was miles away with no clear idea where I was going. And so I found myself in a podunk town in nowhere Illinois, if you could even call it a town. The main drag consisted of three blocks of buildings. Two of the buildings were bars, and four of them were churches. The rest were probably antique malls, if I knew my small towns.

I decided to stop and have a beer. A cold one, that’s what I needed. I pulled into the gravel lot in a cloud of dust, then screeched to a halt grateful for the performance machine and its powerful brakes. I got out of the car, slamming the door just a little harder than necessary, easing some of my aggression. I walked into the bar, daring everyone with my eyes to comment on my scrubby old jeans and faded t-shirt. An old country song was playing on the juke box and there were a few little groups scattered about at the tables. Walking with a cocky swagger I didn’t really feel, I sat on a bar stool and caught the eye of the bartender. He was a looker, I had to give him that. He had eyes that made me melt, a gorgeous light brown, almost gold. His shaggy brown curls made me imagine burying my fingers in it, and I flushed as I almost raised my hand to try it. I ordered a Budweiser, but could not tear my eyes off his lips, full with a perfect Cupid’s bow that I seriously wanted to nibble on.

What was wrong with me? I’m not exactly a hormonal teenager. In factI hadn’t even been mistaken for one in about ten years. Yet as I watched his muscles ripple while he grabbed the bottle and opened it, I found myself considering leaping across the counter and tearing his clothes off. The man practically oozed sex appeal.

“You’re not from around here,” he said as he set the bottle in front of me. I almost fainted at the distinct European accent, though I couldn’t quite place it. Italian, maybe?

I laughed, hoping it didn’t sound hysterical. It had been so long since I felt I was from anywhere I couldn’t really remember what it felt like. I’d lived such a transient life for the last several years, terrified my ex-husband would find me. He’d been a cruel man who had dominated me with fear and pain for seven years. I finally had the courage to walk away, and I didn’t stop until I had put a few states between us. When he had found me in a dingy motel in rural Missouri after the divorce papers were served, he smacked me hard enough that I fell into a plate glass window. Police were called and restraining orders filed. I spent a few days in the hospital, followed by six weeks’ worth of follow-ups. I still wore the jagged scarfrom by brow to my jaw on my left side, but it was hardly noticeable thanks to a talented E.R. doctor. As soon as I no longer needed the doctors I ran, not trusting a simple piece of paper to keep me safe. My trail had led across seven states in the last five years, and wound up in a decent sized farm town in Illinois. But he’d tracked me down as he always did, pounding my door at two in the morning. I’d scrambled into my jeans and cringed in a corner, hoping he would go away, only to hear the glass of the bay window break. I crept down the hall to the table where my purse and keys sat, but he was there. He grabbed my shoulders so hard it hurt and shoved me into the wall. His breath smelled of rancid beer and my stomach flopped. He snarled at me, and I imagined all the awful things he wasgoing to me. Tears fell from my eyes, but I had spent a few years preparing for this day. I stomped on his toes as hard as I could in my bare feet, then head-butted him. Finally I introduced my knee to John and the boys as hard as I could. He collapsed on the floor and I ran. Grabbing my purse and keys off the table, I bolted out the door, leaving it open in my wake. I said a silent prayer when I saw he hadn’t hurt my Mustang, mashing my key into the ignition. I slammed it into reverse. I had no idea where I was going but I planned to drive until I stopped crying.

And so I found myself sitting at a bar in the middle of nowhere, nursing a beer. I was still barefoot in my sleep shirt and jeans, ogling the sexy bartender like a starving man with a piece of bread. Yup, my life was really coming up rosy. But all I said was, “No. Not quite.”

He watched me for a long moment in silence and I wondered what he was seeing. My blond hair was in a tangled ponytail, thanks to the scrunchy I’d had on the gear shift. I had on no makeup and there were probably circles beneath my vibrant blue eyes. I tried to tell myself I didn’t care, but I’ve never been a very good listener. Whatever he saw, he nodded approval and smiled.

“Passing through or new to town?” He asked, leaning against the shelf of liquor bottles behind him.

He smiled and my heart skipped a beat. The man had the most luxurious smile I’d ever seen. I could spend all night talking about his perfect lips and even white teeth. “The term is used loosely.”

I couldn’t help but laugh, genuinely this time. 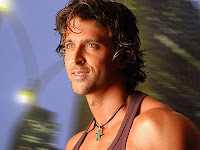 I will continue it, now that I know where it is going. It is a short story and it is part of the story in Natural Selection. However I need to work on editing and the rest of the true series first. I already have three stories planned using some of the other characters...

Posted by Elizabeth Sharp at 11:06 AM